“Hey, look at the stock!” It was a Thursday in late September in the Colorado offices of Leafbuyer technologies, a small tech company focused on cannabis. Like most startups, it’s a little obsessed with its stock price, which it has a staffer assigned to monitor. This day, it was going wild.

So what happened? That morning, the company had put out a release saying it would, eventually, be using blockchain, a trendy digital ledger system that conjures images of cryptocurrency millions and unbreakable security being put to use everywhere from real estate to immigration. It’s also, increasingly, being used by cannabis companies in a variety of ways. Hearing that Leafbuyer would be using it, markets had more or less immediately lost their collective mind.

Blockchain is a new, little-understood but much-discussed technology.

“When we do a press release, sometimes there’s no reaction,” says Kurt Rossner, the company’s CEO, an affable middle-aged serial entrepreneur with a tech background. “Obviously in this case, there was a significant reaction.”

Blockchain is a new, little-understood but much-discussed technology, which appeals to different people in different ways. Investors like that it’s part of the digital infrastructure that allows cryptocurrencies like Bitcoin to exist, and however irrationally associate any use of it with huge windfalls. Computer programmers and cryptography experts — the type of people who more or less don’t consider anything safe or trustworthy — actually do put their trust in blockchain. And business owners like that it’s a relatively easy-to-implement way to grab some forward-thinking tech hype.

The cannabis industry, like many others, is recently seeing an explosion of companies claiming to be implementing blockchain in one way or another. But even industry veterans are puzzled about what exactly that means. 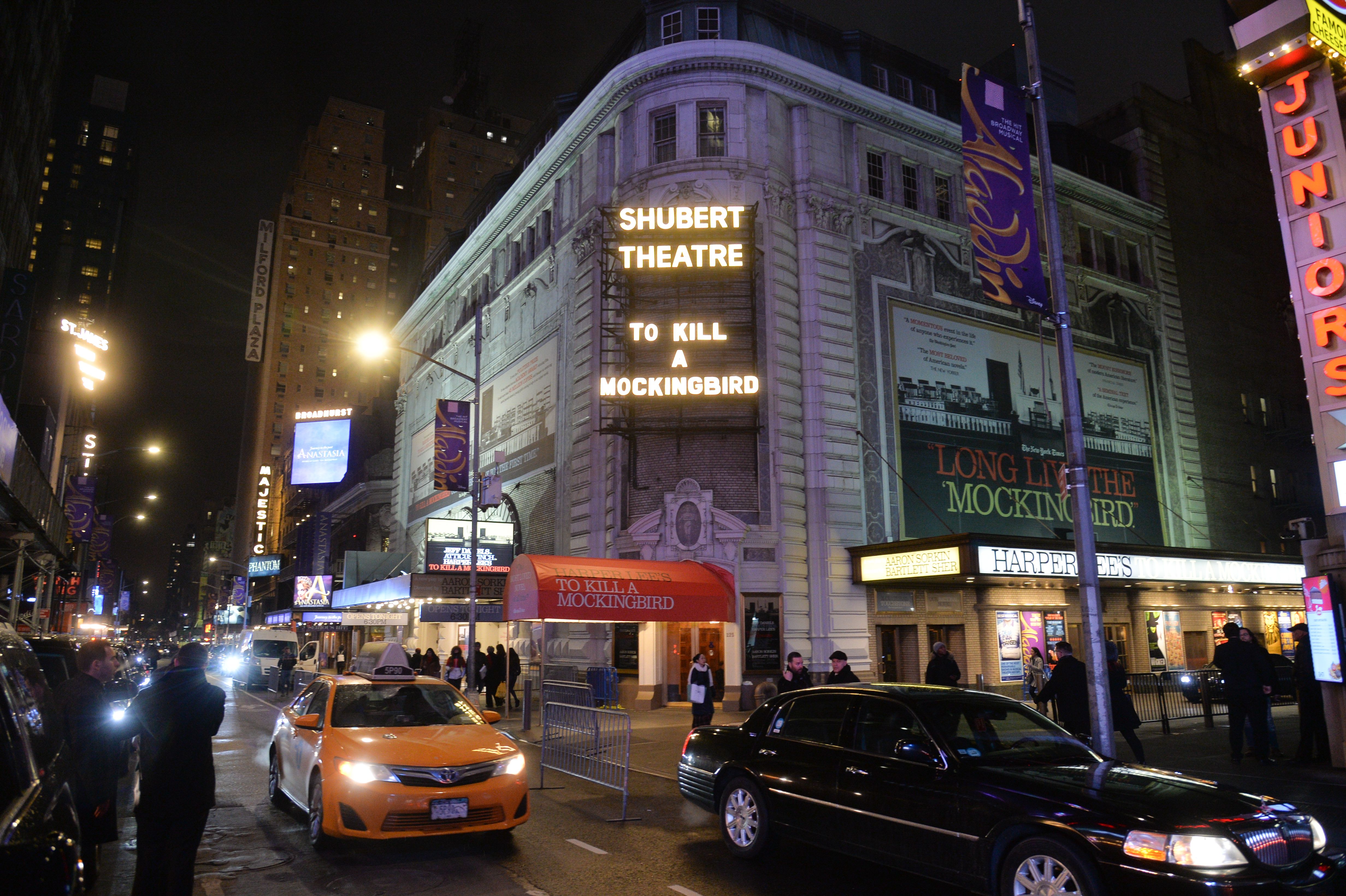 ‘To Kill a Mockingbird’ Producer Offers Compromise to Unlicensed Productions

“Blockchain is still a very early technology. People that are claiming to do it, I don’t really know what they’re doing or what’s going on,” says Rama Mayo, the co-founder of cannabis agency Green Street, a firm that’s booked celebrity cannabis endorsements for musicians like Snoop and The Game. “I have no idea what the applications for it [in cannabis] could be.” So why are cannabis companies embracing blockchain — and is it helping them find innovative ways of doing anything other than hyping themselves?

Blockchain technology is based on ideas that go back to the 1970s, when a computer scientist named Ralph Merkle invented a way to record a series of transactions that proves that each subsequent transaction is related to the previous one. These lists — called Hash Trees, or Merkle Trees — take up a very small amount of data, making them easy to store and transfer. And this information is public: anyone can look at this list and verify the transactions. As simple as it sounds, this really is the heart of blockchain: just a secure and public way to track transactions.

To understand its uses, imagine you order something through a bidding site, which tracks all of its sales and shipping through blockchain. The site would record on the blockchain that you gave it $40 for a bootleg Bart Simpson shirt (very cool, good work). Then the site would record that they notified the seller of the payment, the seller would record handing the package to FedEx, and FedEx would record each step in the shipping, from receipt in Los Angeles to a handling facility in New Jersey, and then finally to your apartment in Brooklyn.

“Blockchain is essentially this distributed database that everybody has a copy of,” says Gordon Haff, a technology evangelist at software company Red Hat Inc., where he works with blockchain. “It’s distributed trust that’s immutable.”

“The only reason [blockchain] exists is that the parties involved don’t entirely trust each other.”

Nothing outlined above is particularly hard to do, or indeed isn’t currently being done. But with blockchain, no one involved at any part of that transaction can falsify the data or alter it in any way once it’s been entered. This means that it’s secure and true to a level of certainty that pleases even people with PhDs in cybersecurity. This might seem unnecessary now — aren’t we already tracking shipping? But as every aspect of our life becomes potentially vulnerable to hacking or erasure, having your personal data secure in a way that’s literally invulnerable — say your banking or health records, or your immigration status — becomes more important than ever. It’s also, crucially, transparent: anyone can independently verify anything that’s been recorded in a blockchain.

Haff says one of blockchain’s main advantages is that it allows secure record keeping without needing a trusted third party. “This is very common in the financial industries, if you think of things like escrow agents or companies that provide settlements for payments,” he explains. “The only reason they really exist is that the parties involved don’t entirely trust each other, so they have a third party to say ‘yes, you paid this.’ The whole idea of the blockchain industry is that you can eliminate those third parties, reduce costs and potentially speed up transactions.”

Perhaps the most famous application of blockchain is in cryptocurrencies like Bitcoin,a digital currency invented in 2009 by an anonymous computer scientist (or group of scientists) working under the name Satoshi Nakamoto. It has gone on to be adopted around the world, regularly soaring and crashing in value. Even today, under a historic slump, the global bitcoin market is worth around $60 billion, according to CoinMarketCap, as of press time.

But blockchain can track more than money. In theory, anything that can be entered into a computer as a series of transactions can be tracked through the blockchain. Industries from credit cards to immigration firms are trying to find ways to use blockchain, as are many firms working in cannabis. But separating businesses that are genuinely doing something that benefits from blockchain from those who simply use it as a buzzword can be difficult.

“Blockchain is about [transparency]. And that’s what we need in the cannabis space.”

It should “bring transparency to this industry — or really industry, whether it’s food, beverage, cannabis, voting,” says CEO Jessica VerSteeg, a former Amazing Race contestant. “Really, that’s what blockchain is about. And that’s what we need in the cannabis space.”

Given blockchain’s close association to cryptocurrency, it’s natural to assume that Paragon is using blockchain to help other cannabis companies store or move money. This also makes real-world sense, as companies working with cannabis often have trouble finding banks to work with them, as pot is still federally illegal in the United States.

Indeed, Paragon’s white paper, the document that explains how they plan to use blockchain, encourages investors to look at PRG as a digital currency with which they could buy and sell physical marijuana and transfer money outside the regulations of traditional banks. But the company has subsequently backed off of those claims, saying it exists mostly to facilitate transactions within its blockchain, and not as a digital currency. This discrepancy between white paper and implementation is extremely common among blockchain companies. Still, Paragon’s initial offering of its cryptocurrency in October of 2017 generated sales of $12 million worth of tokens to investors around the world.

It defies logic that people would pour money into a system that only exists to solve obscure cryptographic problems. Investors must have expected to get something out of it. But what?

VerSteeg brings up one PRG investor lives in a country where cannabis isn’t legal, who told VerSteeg she believes that “by giving crypto and trading crypto and being a part of Paragon, that it’s going to help legalize cannabis on another level,” VerSteeg says. “There’s other people that just feel like it’s their donation to the cannabis industry.

“Maybe this could be one catalyst that helps legalize cannabis.”

But no one knows if PRG can directly accomplish any of those goals. “Maybe this could be one catalyst that helps legalize cannabis,” VerSteeg says. She later clarifies over email that PRG isn’t tied to the value of marijuana. “It’s not pegged to anything, our blockchain is tailored for the cannabis industry, it’s developed with the regulatory landscape and the needs of the consumers in the industry.”

If VerSteeg sounds loathe to admit that people who put money into PRG considered it a monetary investment, she has good reason. Under the Securities Act of 1934, it is illegal to sell anything that could conceivably be an investment without either first registering with the SEC or applying for an exemption. Paragon did neither, and when VerSteeg spoke to Rolling Stone in early October of 2018, Paragon’s ICO was being investigated by the Securities and Exchange commission as an illegal, unregulated security.

Since that interview, Paragon has settled with the SEC, allowing anyone who purchased PRG to request a refund. The company must also pay a $250,000 fine. The value of PRG peaked at around $0.92, and is currently sitting at roughly $0.06. Paragon denies PRG was a security, and consented to the penalty without admitting or denying its findings.

Paragon maintains that its true goal in using blockchain is to make a secure system for monitoring the growth and shipping of cannabis, referred to in the industry as ‘seed-to-sale tracking.’ It would verify with the strength of blockchain that whatever strain you’re buying has been verified by the farmer, a lab, and hasn’t left the sight of any shippers along the way. Developing and implementing and industry-sanded seed-to-sale system is the goal of many blockchain cannabis companies. Leafbuyer is also trying to develop a system like this. Even IBM recommended blockchain for this task in a paper it prepared for British Columbia as Canada prepared to legalize pot. Whatever company implements this system stands to be reaping huge revenues in perpetuity, effectively becoming the international body tasked with assuring the quality of cannabis.

Many uses of blockchain in the cannabis industry are like this, once you peel away the layers of hype and technobabble: very simple things done all the time in other industries, but applied to weed, a capitalist wild west with no functional infrastructure. Many companies are hoping to build that infrastructure by making simple, necessary and hugely lucrative systems.

By and large, these systems are ready to be implemented today, says Red Cap Inc’s Haff. The holdup, he says, is “getting everybody in the ecosystem to agree to use a common platform.” It might make good sense for everyone in the cannabis industry to adopt some common blockchain solutions, but which ones, and who will decided absent some kind of government mandate? The heavy lifting isn’t going to be done in a lab, but at the bargaining table. “I think the technical problems can be solved,” says Haff. “The hard part is people.”

Correction: An earlier version of this story said that Leafbuyer was used to 200,000 to 300,000 shares of their stocks a day. It should have referred to shares traded, not the total number of trades. This story has been updated to reflect this information.